THIS ONLINE COURSE IS PART OF OUR VISCERAL OSTEOPATHY SERIES

IT IS CURRENTLY UNDER DEVELOPMENT FOR LAUNCH IN 2022.

IF YOU WISH TO PARTICIPATE IN OUR UPCOMING LIVE COURSE SERIES IN TORONTO OR MONTREAL, PLEASE EMAIL US AT

YOU CAN ALSO TAKE THE PRE-REQUISITE SHORT COURSE

FOUNDATIONS OF VISCERAL OSTEOPATHY, WHICH CAN BE FOUND ON OUR MAIN PAGE.

REGISTRATION FOR THIS COURSE IS NOT OPEN AT THIS TIME.

If you have an interest in treating digestive problems using osteopathic manual therapy, this new course series is for you!

First, you will learn the Functional Anatomy of the Aesophagus, movement of the Diaphragm, the Stomach.
Next you will learn how to interview and palpate and assess your clients and patients for signs of Upper Gastro Intestinal Dysfunction.
Using demonstration videos of techniques to treat some of the most common Upper GI conditions in both seated and supine positions that you can watch over and over for up to one year, you will practice assessing and treating common dysfunctions of the Upper Gastro Intestinal Tract to provide immediate symptomatic relief to your clients and patients.
Homework assignments to practice both assessing and treating upper GI Dysfunctions earn you eight hands on practice hours and twelve theory hours for a total of 20 CEU/CPD hours.
A Certificate of Completion is awarded after successfully submitting all homework assignments.

Learn to treat dysfunctions of the

The mechanics of the Upper Gastric Visceral System are complex, so understand them is crucial to providing effective treatment.

In this course you will learn how the organs of the upper gastro intestinal tracts intersect and affect each other.

You will also learn to master the evaluation and treatment of them successfully to provide your patients with reliefs from common conditions such as :

A copy of the desktop version of the Workbook is available for download at the end of the course.

This course is accredited for: 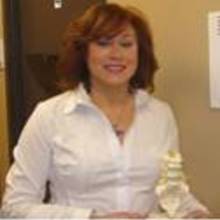 Since Maureen began teaching, she found that not only does she have a natural gift for it (her parents were both teachers, so let hear it for genetics!), she found that she also holds a great desire to give back to the community and a profession that has been so fulfilling to her, and share over fifteen years of acquired experience and knowledge.   Maureen brings extensive knowledge in Osteopathy  to her educational seminars.  Throughout her career, Maureen has been an accredited member in good standing in several provinces across Canada, as well as overseas, including being an Associate Overseas member of the Australian Osteopathic Association (AOA) since 2008.  After undergoing accreditation evaluation for foreign trained Osteopaths in Perth, WA, Maureen was offered a practice in one of Singapore's leading Osteopathic Clinics, giving her the distinction of having been the first Canadian trained Osteopath to be approved to practice  in South East Asia.   Right before the worldwide economic collapse, Maureen was offered a position in Shanghai China, which required accreditation with the GOSC, UK, which she underwent, but as prevailing economic conditions worsened, the position was put on hold, and Maureen then settled in Toronto, Canada, where after reluctantly accepting a poorly paid teaching contract, her students began asking her to design courses in more specialized subjects within Osteopathy.  It was not long after that Maureen founded the Center for Continuing Education where she continued to innovate every day!Maureen has collaborated in the curriculum design with various new Osteopathic schools, and teaches continuing education seminars across Canada and Europe.  Her students say that Maureen's teaching style is animated, engaging, but most importantly, informative.  Her gift lies in communicating complex theories in simple terms and analogies.  Her students come away with a clear grasp of Osteopathic concepts for treatment, and practical knowledge of how to apply them.  Students who enroll in any of our continuing education seminars can contact Maureen at any future date with clinical questions.  As a result, many Osteopaths worldwide still consult with her today regarding challenging Osteopathy cases.